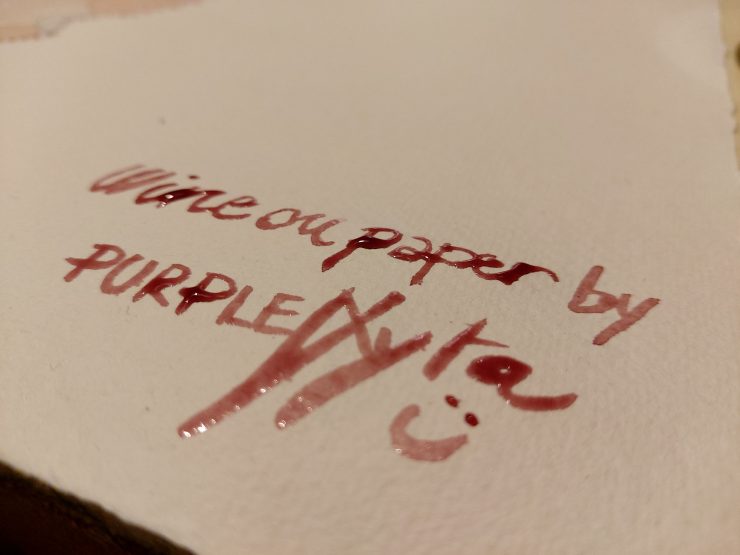 Taranto – Rita Barbero, aka Purpleryta, will accompany Chef Gabriele Boffa (La Locanda del St. Uffizio – AT) to the Ego Festical, the food and wine event dedicated to the training of the world of catering, during his speech.

The theme around which the III edition of Ego Festival will focus is the Future; a theme that will be developed in the most noble arts: design, music, theater, agri-food production and cooking. There will be over seventy guests including starred and non-starred chefs, pastry chefs, bakers, pizza makers, star maitre, bartenders, musicians, actors, sportsmen of national caliber.

Chef Boffa had the idea  to be supported on stage by the artist from Barolo and to initiate a dialogue on the parallels between the world of wine and the world of cooking to understand what is the direction taken by both sectors, through the analysis of points of contact and differences that characterize them.

Rita Barbero has always worked in the world of wine communication, boasting twenty years of experience gained in public relations agencies, in consorzio di tela and collaborating with private companies. << Painting with wine – Purpleryta says – represents for me a new way of communicating the wine itself >>.

During the intervention Purpleryta will paint live with his style and will be able to tell his own vision of the oenological world with which he is in close contact every day.

Purpleryta uses a technique that identifies its artistic identity: wine on paper. Each work is unique and unrepeatable: everything starts from a stain of wine from which the inspiration starts. Hence the artist’s creativity and interpretation complete the work that takes oniric forms with sometimes alien traits.

Through the use of different techniques and papers, Purpleryta discovers and reveals surprising visual effects of the pigment that passes from grapes to wine, focusing the attention on the first element observed during the sensorial analysis during the tasting phase at the center of attention: the color.

In perfect harmony and consistency with Purpleryta’s motto “wine contains culture” the performance will be held in a place par excellence dedicated to culture: the Aragonese Castle of Taranto, where from 16 to 18 February the guests selected to hold the their lessons with a dynamic and innovative cut.