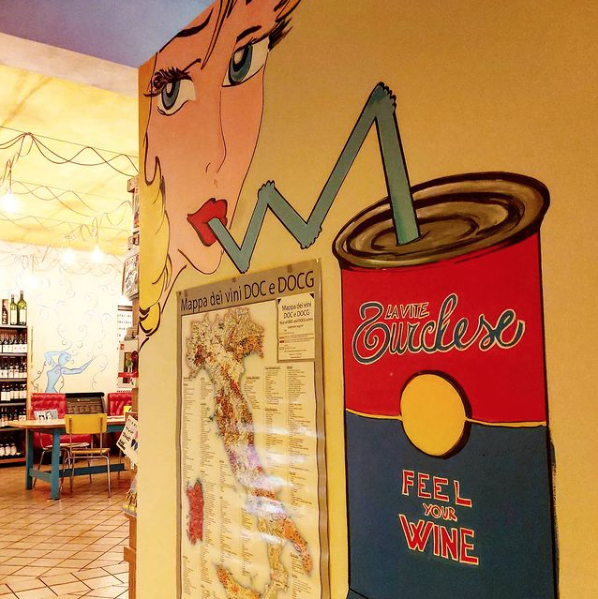 Every year I make one.Without doing it on purpose, it seems that I periodically hear the call of the wall and I can’t resist.I decided to do a quick overview in order from the most recent to the first one, telling where, who and why my mural was commissioned!

2020 – Armonie di Bellezza, Cristina Deaconu’s beauty center in Monforte d’Alba, which has been dealing with the routine maintenance of my skin for years.He asked me to think of something relaxing that customers (and customers) could watch.The result was a sky (made with the blue that characterizes his studio) divided into bands and full of clouds.Each strip of sky can be a breath that leads to deeper relaxation. 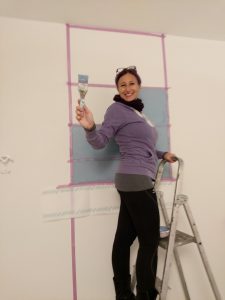 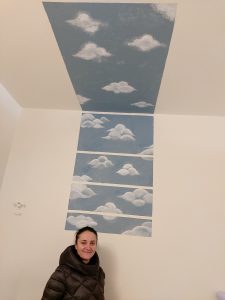 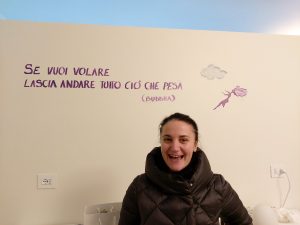 2019 – Rossobarolo restaurant in Barolo.Patrizia and Emanuele wanted to give a touch of color to the dining room, letting me inspire me to the time trial of the Giro d’Italia 2014. The restaurant always hosts my wine on paper and the works of other artists and now there is alsoa suspended bicycle.

2018 – Benny’s room for his birthday.After a few questions and a draft, the result was the set of things that Benedetta has always preferred: the sea, music and good food with her stylized portrait at the end.The peculiarity of this project was having one (sometimes even two) helper. 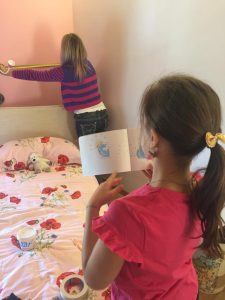 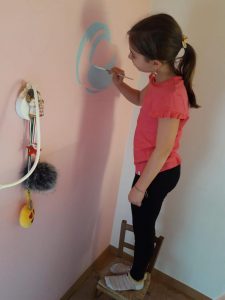 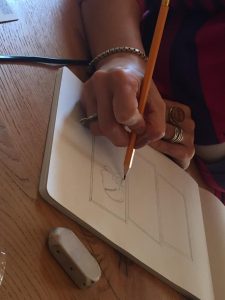 2017 – the entrance hall in Barolo in Via Vittorio Emanuele 6. Ivana Borgogno decided to renovate the entrance hall of the house.Thus the hills of the Barolo area were born with the castles that characterize them.And now the Androne is the most photographed in Barolo! 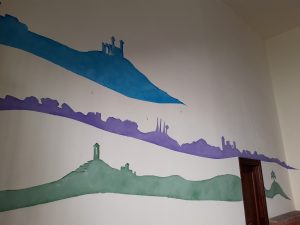 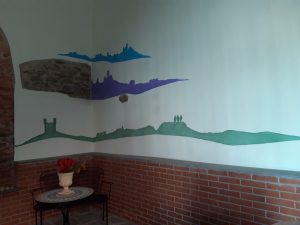 2016 – Enoteca la Vite Turchese, le Campbell.A pop touch in the place that launched Purpleryta, with a mural!Three Campbells to set up the corridor and a very pop lady drinking from a straw. 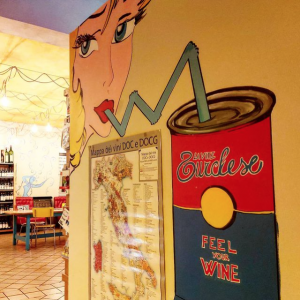 2015 – Enoteca la Vite Turchese, the Door mad with corks. One year of cork cutting, categorization by color all the corks and two weeks for making. Please note my logo-signature on the cork! 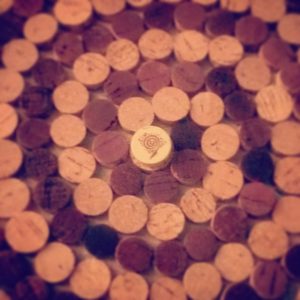 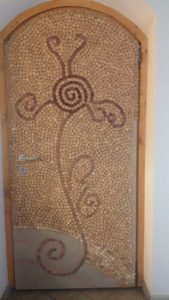 2015 – Private house in Monticello, the Tree of Life. Not exactly a masonry, we can call it paving work because this tree of life was painted on the floor of the entrance and then placed under resin.The beneagural meaning of the symbol of life greets both those who enter and those who leave because roots and foliage are similar and interchangeable. 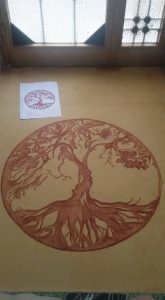 2014 – Enoteca la Vite Turchese, the Donna Vite. Decoration for the second room of the wine bar, where a woman emerges from the earth and becomes a vine. 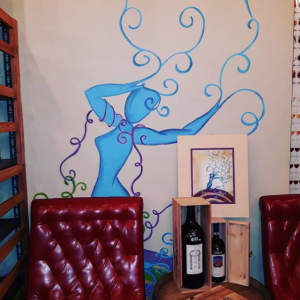 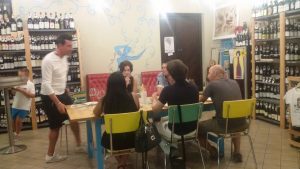 2013 – Enoteca la Vite Turchese, the  Turquoise Vine.Work from which the place took its name, inspired by the corporate color and core business, wine! First Great Wall. 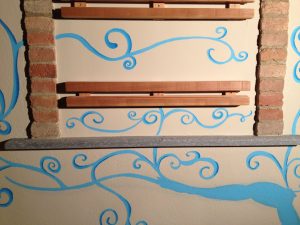 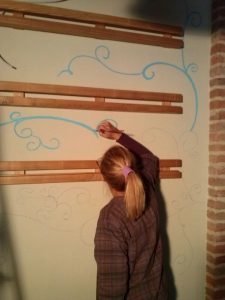